The new coronavirus variant, known as Omicron, is likely to replace the Delta variant as the dominant strain if it continues to spread quickly and easily, said Dr. Yong Poovorawan, chief of the Centre of Excellence in Clinical Virology at Chulalongkorn University today (Wednesday).

In his Facebook post, Thailand’s leading virologist said there is evidence of high transmissibility of the Omicron variant, citing epidemiological evidence from South Africa’s Gauteng province, which shows a rapid spread of the variant over two weeks and its emergence in more than 20 other countries. 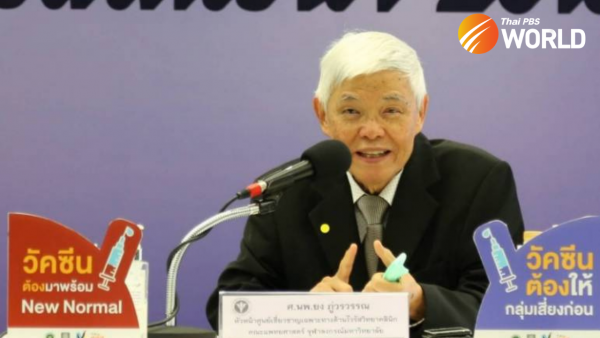 Omicron has developed more mutations in the spike protein than the Delta variant and is capable of spreading at least as fast, he said, adding that a greater viral load has been found in the throats of infected patients, although the symptoms are mild.

Meanwhile, the Medical Sciences Department has lowered the fee for RT-PCR tests, from 1,300 to 1,100 baht per test, since November 19th, said Dr Supakit Sirilak, the department chief, today.

The new fee is applied only at state-run labs only such as the Research Institute for Health Science.

Dr. Supakit said that the RT-PCR tests are the standard adopted by World Health Organization and several other countries. Results are available in 2-3 hours and are accurate.